The Dole Plantation advertises itself as Hawaii’s preeminent “pineapple experience” and one of the most popular draws on the island of Oahu, welcoming over one million visitors per year. In this post, I’ll share some of my photos from Dole Plantation, thoughts on whether it’s worth your time, and what’s worthwhile here.

First, I want to clarify what Dole Plantation is and what it is not. It is popular. There’s no doubt about that. I remember visiting a decade ago with my parents, and it was packed. More recently, we visited in the off-season. You could barely move in the gift shop, and there were long lines for the Pineapple Express train ride through Dole’s gardens.

What it is not is a working plantation. On its website, Dole is careful to call the location “Hawaii’s complete pineapple experience.” You’ll notice throughout the site that Plantation is used as a proper noun, to identify the name of the location. (Likewise, I could change my legal name to “King Thomas of Melmac,” but that would make me neither actual royalty nor hailing from ALF’s home planet of Melmac.) Nowhere on Dole Plantation’s list of activities does Dole indicate you’ll be able to see pineapple growing. It’s implied, but never expressly stated.

Only in one spot does Dole indicate the true nature of the experience: “tour through breathtaking vistas that were part of James Drummond Dole’s plantation when pineapple was king.” (Emphasis added.) I suppose there could be a few stray pineapples growing on the grounds by accident, but it’s definitely not some large-scale pineapple-growing operation. It also begs the question…is pineapple no longer king?! 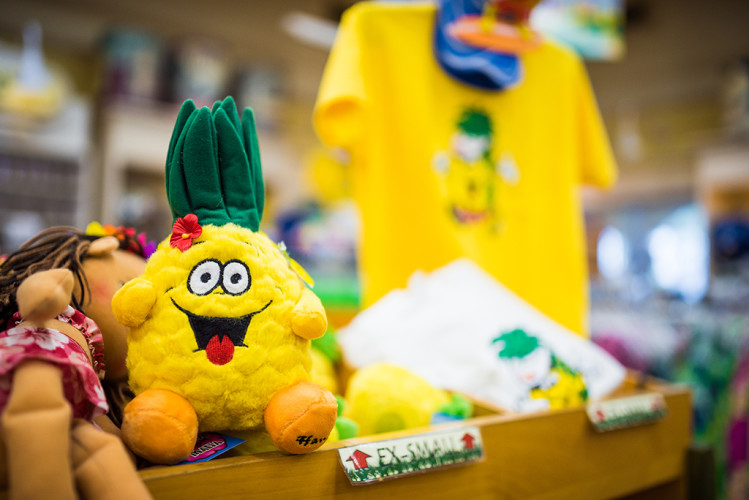 If you’re not visiting Dole Plantation with the idea that it’s, well, a plantation, I suppose it could be an okay experience. If you’re a collector of fine pineapple-themed heirlooms and trinkets, you might have a blast. The gift shop is huge and has everything pineapple you could possibly imagine. 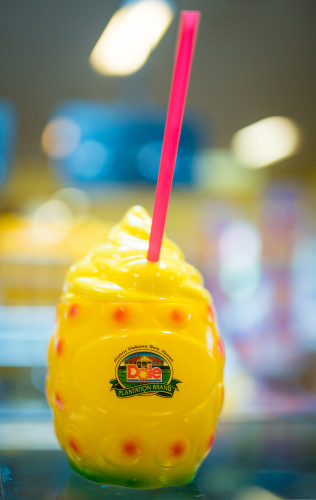 If you only want to eat overpriced foods that incorporate pineapples into them, you could also have fun. (Note: pineapple dishes are also served pretty much everywhere in Hawaii.)

If you’re a huge Disney fan staying at Aulani, you might want to make the trek to Dole Plantation to get a fresh Dole Whip from the source. Just reminder, Dole Plantation is not a source of fresh pineapple. 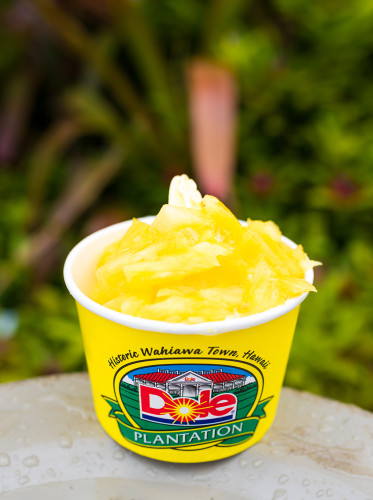 Even if it were, Dole Whips’ main ingredients are sugar, dextrose, coconut oil, assorted stabilizers, maltodextrin, and citric acid (hey, we’re getting closer!). Somewhere down the list under the “contains 2% or less of each of the following” heading are “natural and artificial flavors,” one of which is pineapple juice. In other words, the Dole Whip here tastes just like the Dole Whip anywhere.

Then, there are the paid experiences: the Pineapple Express train, garden tour, and garden maze. As being thoroughly underwhelmed by the free options, we decided to start with the garden maze to hedge our bets, since it was the most cost-effective choice.

As far as gardens in Hawaii went, this was the most underwhelming that we experienced, free or paid. That’s not to say it was totally awful, but it was relatively small. Hawaii is one of the most beautiful places in the world, and you can do so much better at myriad other points of interest. 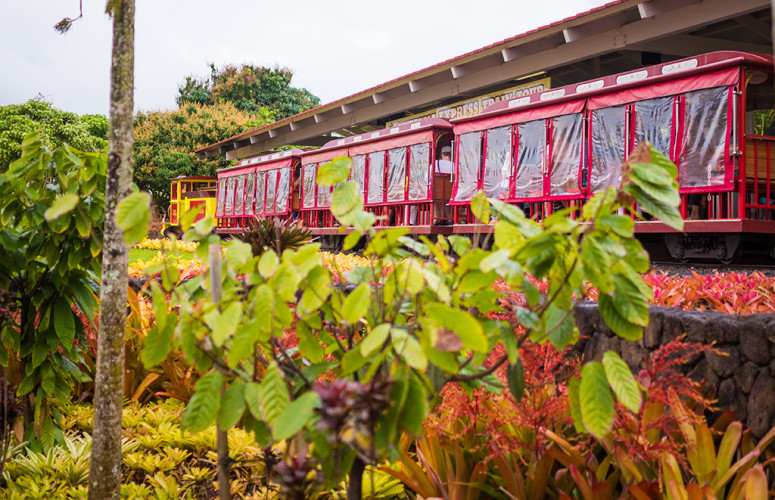 After the garden experience, we opted against doing the Pineapple Express train. Not only was it more expensive, but there was a 30 minute wait. We both felt that we had already sunk too much time we’d never get back into Dole Plantation, and it was not worth prolonging the experience for the sake of a more comprehensive blog post. (Sorry?) 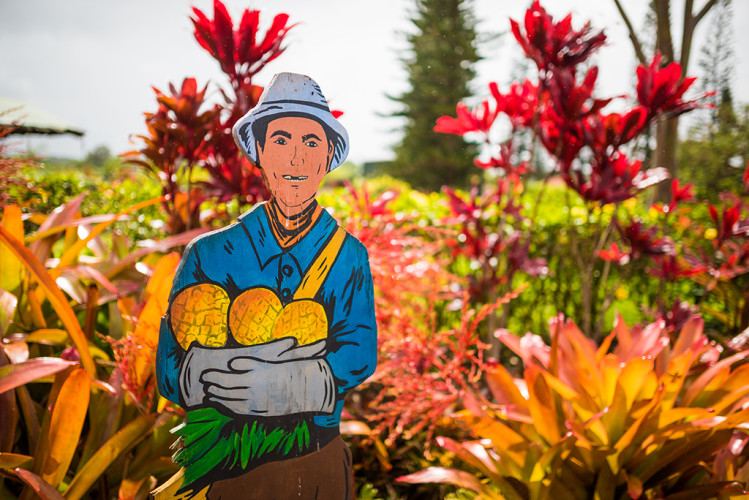 Let’s at least end this on a positive note…there are public restrooms and parking is free. (On the day we visited, parking spots were a hot commodity and it took about 10 minutes to grab an empty one.)

The grounds are also fairly nice and inviting. There is a light, airy feel to the location, and a couple of fun photo ops, so at least you can make it look like you had a blast visiting Dole Plantation to all of your followers on social media. (And at the end of the day, isn’t that what really matters?!)

Ultimately, I do not recommend visiting the Dole Plantation. This is the epitome of a tourist trap, and I fear that a lot of tourists might make the trek from the posh hotels in Waikiki Beach based on the name of the attraction, forgoing the real parks and natural side of Hawaii. If that’s your benchmark, and you see exactly none of Hawaii’s other real beauty, the Dole Plantation might seem okay. (Even then, probably not.) While you might see it pitched as a free place to visit, it’s absolutely not. The only free aspects are the (overpriced) gift shop and (overpriced) restaurant. The draw for many people is going to be seeing where Dole grows its pineapples, but it is not a working plantation. You might also think of it as a good place to go to get a “fresh” Dole Whip…but keep in mind that soft serve ice cream is mostly made of artificial ingredients. (So, it’s not.) The paid experiences at Dole Plantation are underwhelming and inferior to alternatives on Oahu and the Big Island. The only way I’d recommend Dole Plantation is if you’re already in Wahiawa, Oahu, driving down the road on which Dole Plantation is located, and want to make a quick stop to check it out for yourself…or need to use the restroom.

If you’re planning a visit to the Big Island or Oahu, please check out my other posts about Hawaii for ideas of things to do. There are a ton of incredible, under-the-radar experiences in Oahu, and I highly recommend Hawaii Oahu Revealed Guide. It’s written by a Hawaii resident, and is far better than other books we’ve read.

Have you visited the Dole Plantation? Do you think this is one of the top points of interest in Hawaii, or do you agree with my assessment that it’s a tourist trap that is a waste of time? Would you recommend visiting this “plantation”? Any thoughts or tips of your own to add? Please feel free to ask any questions you might have or share additional thoughts in the comments!