One of the big reasons I work in Photoshop and not Camera Raw or Lightroom exclusively is the ability to play with layers. In this ‘Technique Tuesday’ post, I’m going to explain how to use multiple layers and layer masks to combine the “best” elements of multiple photos.

This post assumes a basic knowledge of Photoshop as well as some understanding of layers. If you’ve never worked with layers, you might start by watching this video (I know I keep throwing these, ‘would you be interested in…?’ questions out there, but would you be interested in me making YouTube video tutorials?), or simply Googling “layer masks Photoshop” and reading one of the 10,000 tutorials on the topic. Layers and masking are paramount to Photoshop, and may be intimidating at first, but are really easy to use.

Before we dig into the actual process of blending two layers, I think a discussion of photography ethics is appropriate. As the saying goes, with great power comes great responsibility. Understanding layer masks gives you great power, and the potential to contort photos beyond the reality of the scene. Arguably, this same power is available with editing methods such as HDR, but the critical difference is that’s just applying a creative style to a scene as it existed. With blending layers, you can make new scenes. You can throw a giant moon, entirely new sky, stars, and whole host of other junk into a photo.

How far you take this is entirely up to you and personal preference. I am not a photojournalist, and I am perfectly comfortable pushing the limits a bit when I edit my photos to convey what I felt was the mood of the scene I witnessed, or just to put my creative stamp on it. I’ll clone things out of a photo, I’ll push colors, contrast, and dynamic range, and I’ll even merge two or more exposures taken in succession and combine the best elements of those photos. The prime example of this in terms of my photography is to remove people, but the photo above is a more extreme example.

What I won’t do is combine photos taken at different times or different places to composite a new scene–one I couldn’t have witnessed when I was taking the photos. I don’t do this for two reasons: 1) it defeats my purpose as a photographer of preserving and sharing a moment I witnessed (although I give a little wiggle room to the term “moment,” since that type of compositing is nothing anyone could have witnessed; and, 2) I think this type of work has a propensity to look fake, and while it often cannot be spotted by the general public, other photographers know.

The best example of this is a photo with a giant full moon. These types of photos were popularized with post cards in the 1990s, and have stuck around since for some reason. Now, it’s entirely possible to get a giant full moon in a photo, but it requires a telephoto lens and a distant subject. You’re not going to see a giant full moon over a wide angle cityscape photo–it just isn’t possible. These photos often suffer from other flaws of sloppiness, such as no light and shadows being cast by that giant full moon into the rest of the scene, among other things. What’s worse yet, is often I see photos like this, and the photographer plays it off in the caption as if it’s a single photo, implicitly suggesting they captured it all in a single frame, at a single time.

I don’t begrudge anyone their particular photography style, as even those styles that aren’t for me personally have undeniable artistic merit, but I think honesty is a must regardless of your style. If you composited two scenes, don’t act like there was some serendipitous moment that you managed to capture. I’m not suggesting that photographers have to disclose every little edit made to a photo, but I think we all know the difference between omitting insignificant details and trying to pass off a photo as something it’s not.

Just something to think about as you apply masking, or any other techniques for that matter, to your own photos.

This photo was shot at Diagon Alley in the Wizarding World of Harry Potter at Universal Studios Florida. For this photo, I used my Nikon D810, Nikon 14-24mm f/2.8 lens, MeFoto travel tripod, and cheap-o wired remote.

Either shot on its own was interesting, with the fire being the obvious winner at first blush. Upon closer inspection, I realized that the fireworks from Universal’s Cinematic Spectacular had illuminated the dragon in a shade of pink. Normally, at night the dragon is lit in a deep shade of blue, so this was fairly unique. I thought it would be interesting to try combining the two photos.

I started the process in Adobe Camera Raw by applying normal edits, trying to retain the moodiness of each shot by keeping the blacks and contrast high, and not opening the shadows too much. Often, I’ll get aggressive opening the shadows because I want to equalize the histogram and better match the dynamic range in a photo with what the human eye would see.

For this photo, wide open shadows didn’t make sense, and would detract from the mood of the scene. Instead, I opened the shadows just enough to give detail to the people watching the dragon, but not enough to eliminate the rim lighting on them.

With the photos each edited, I brought them into Photoshop and copied the 4.2 second pink dragon photo on top of the .5 second fire photo. From there, the process was pretty simple, as I applied a layer mask to the top photo and totally blacked out the top layer. I then slowly started to reveal the colorful dragon with a soft brush and an opacity on it of 33%.

I totally revealed the main body of the dragon, and then started to reveal (at a lower opacity) sections of the area around the dragon on the Gringotts Bank building. Unfortunately, just above the light on the building by his wing, someone stuck their head into this photo.

This photo was never going to look completely natural due to trying to merge light from fireworks coming from one direction with shadow and light coming from fire from a totally different direction, but having to account for this head was probably the big failure of the photo. As a result, there is a sharp break in the light just above that light fixture, and I’m sure now that I’ve point this out, it is very clear and looks obvious.

That’s the nature of the beast, I suppose, and I think it helps illustrate the point that photography–especially landscape photography where you are not in complete control of the light and surroundings, is an imperfect art. That spot does bother me (although that weird dark spot is there in the fire-only shot and it looks unnatural there for some reason…even though that’s the reality of the scene), but I’m ultimately fine with it.

In terms of photographic honesty or integrity, I’m fine with this photo because these shots occurred within 30 second succession of one another, and both things actually happened at that time and place, and could have occurred simultaneously in a single shot had I been luckier. YMMV on whether this the type of edit that is “too much” for you, or not.

I’ll be doing more “Technique Tuesday” photos about the Wizarding World of Harry Potter dragon, so stay tuned for those!

To get some more Universal photo ideas, check out my Universal Orlando Resort Photo Gallery.

Have any questions about what I did here? Is there any additional info you’d like? How would you have approached this shot differently? Share your thoughts on this or anything else, or questions you have in the comments! 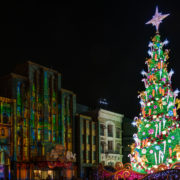 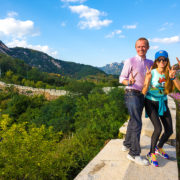 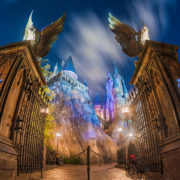 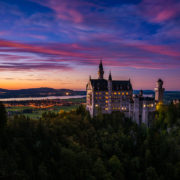 Our Visit to Neuschwanstein Castle

Things To Do In Joshua Tree National Park 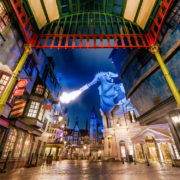