Calling Musée d’Orsay a hidden gem would not be apt. I’d hazard a guess that it’s in plenty of Paris top 10 lists, and if crowds were any indication on our visit, it’s quite popular. Yet, if you’ve only heard of one museum in Paris, that’s undoubtedly the Louvre, and Musée d’Orsay is dwarfed in name recognition/cachet by that art palace.

This is no knock on the Louvre, which is breathtaking, awe-inspiring, and a whole host of other superlatives, but when it comes down to the actual art on display, Musée d’Orsay is my favorite. To the extent that the Louvre is far more popular than Musée d’Orsay, you could say the latter is underrated–even if not a hidden gem. Too much of a stretch? Whatever it’s status on a ‘gem’ rating scale, I consider Musée d’Orsay my favorite art museum in the world. Here’s why…

To be honest, in large part it comes down to personal preference. For my tastes, Musée d’Orsay is about the perfect art museum. It features a very large collection of Impressionist art from some key names from the movement. 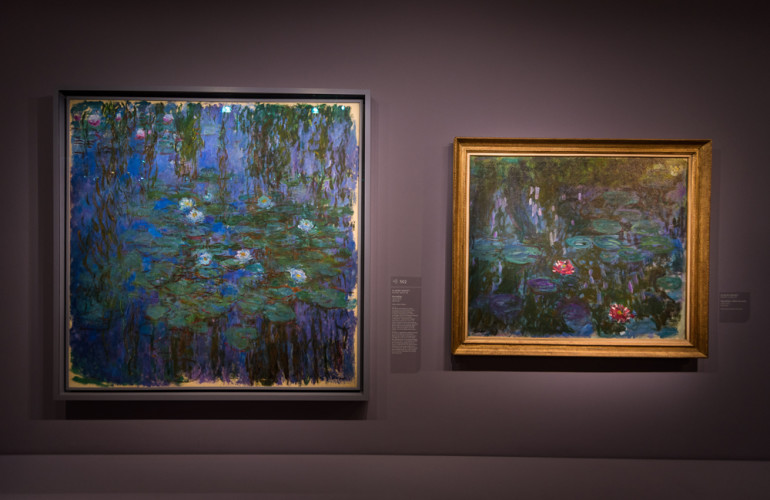 In fact, you could say the entire top of the Musée d’Orsay is a never-ending Impressionist Exhibition. All the museum needs is some of that hologram Tupac technology to really bring these artists to life and allow them to promote their works to the public.

Although I’m not sure such “promotion” is exactly necessary. These days, Musée d’Orsay sees over 3 million visitors per year, and the Impressionist collection is the biggest reason why people flock to the museum. 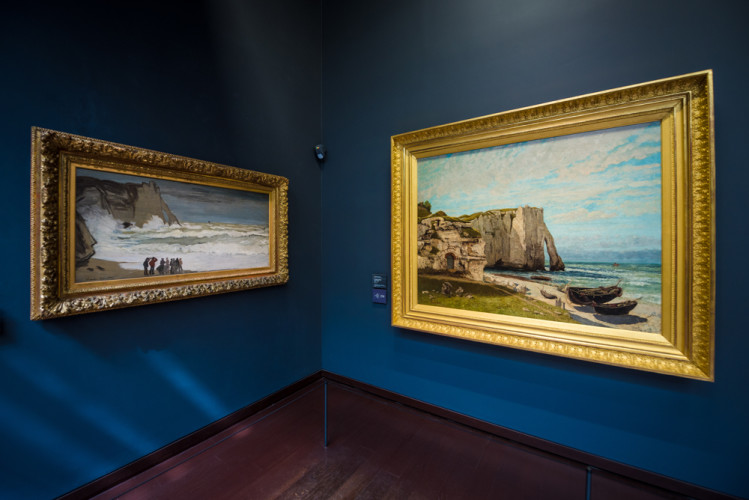 There are so many pieces in Musée d’Orsay that I love. Again, a lot of this is personal. I appreciated the paintings of Etretat (two of which are above), as we stayed there last fall and fell in love with the community and its beautiful white cliffs and arches.

Out of everything, my favorite piece was Monet’s La rue Montorgueil, à Paris. Fête du 30 juin 1878. This is one of several paintings that has a companion piece in Los Angeles’ Getty Center; we had recently visited the Getty Center, and it was fascinating to see how each museum presented their counterparts. 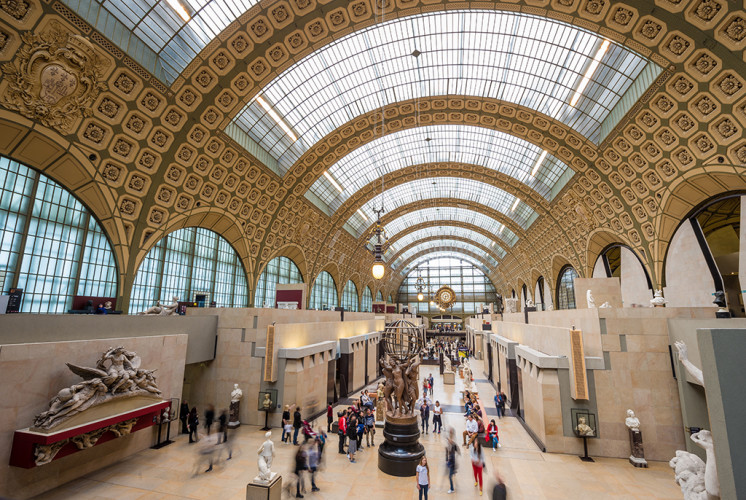 Beyond personal preference, I think the building itself brings a lot to the table. The museum was originally Gare d’Orsay Station, constructed in only 2 years for the 1900 Exposition Universelle.

Gare d’Orsay Station was designed by three famous architects: Lucien Magne, Émile Bénard and Victor Laloux. It served as the terminus for the railways of southwestern France until 1939, and then became a mail center during World War II. 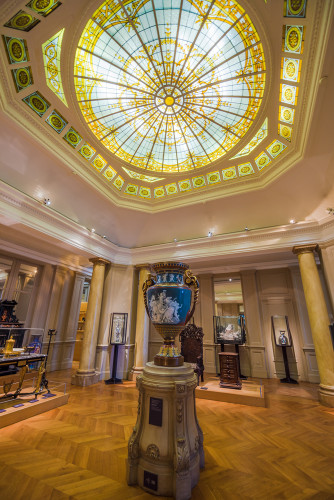 Before becoming a museum in 1986, the building fulfilled various roles, including a film set (Orson Welles’ adaptation of Kafka’s The Trial was shot here), an auction house, and even a temporary hotel. Following that, it survived attempts at demolishing it, and was ultimately granted permanent reprieve via a Historic Monuments register listing.

Although numerous modifications were made to accommodate art galleries, the building still feels very much like a grand train station, and its airy Beaux-Arts style makes the building (and its gorgeous clocks) an attraction unto itself. 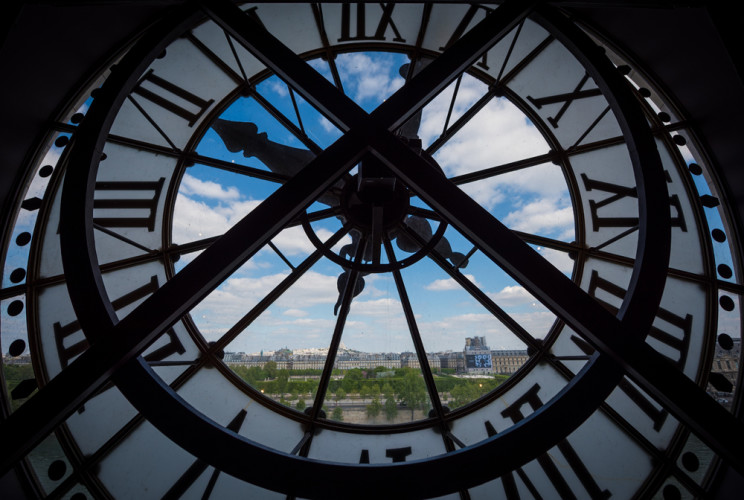 Then there’s the arrangement of the galleries. I don’t want to make this a Musée d’Orsay v. the Louvre post, but one thing I disliked about the Louvre was the claustrophobic nature of its galleries. There are literally paintings on top of one another, and each work is not given sufficient “breathing room” for full appreciation. (In deference to the Louvre, it has such a large collection that sufficient breathing room would require the already huge museum to be double its current size.)

I did not find this to be the case with most areas of Musée d’Orsay, which offered a far better presentation. Its layout lends itself to better appreciating the pieces on display, and I liked the arrangement of the museum’s individual rooms. Perhaps this is another matter of personal preference, but I’d contend that the layout of Musée d’Orsay is objectively better. 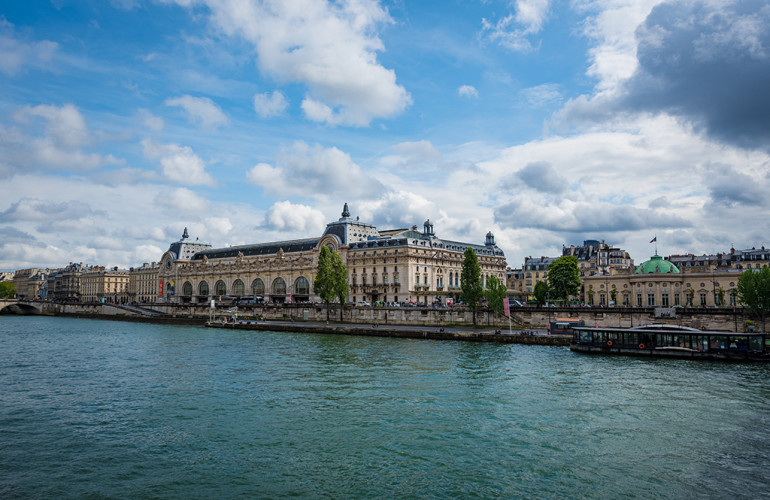 If you elect not to purchase the Paris Museum Pass, arrive early or purchase tickets in advance to avoid waiting in a long line.

Even if you do have the Paris Museum Pass, I’d recommend arriving early. Unless you’re concerned about becoming fatigued from art museums, I’d recommend visiting both Musée d’Orsay and the Louvre on a Wednesday or Friday, when the Louvre is open late.

Alternatively, Musée d’Orsay is open late on Thursdays, which is another good option. Avoid Tuesdays, because this is the day both the Pompidou and the Louvre are closed, meaning more tourists than normal will choose to visit Musée d’Orsay on Tuesdays. 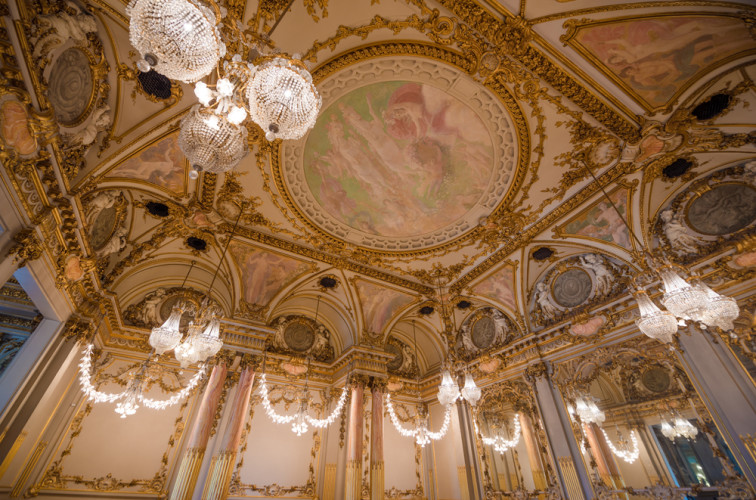 Upon arrival, we recommend renting an audio guide. You can pay for this directly at the audio guide desk with cash, which is the best option. Payment at the ticket desk is also possible with credit card, but that means waiting in line.

We highly recommend the audio guide here, as it provides a wealth of background on numerous pieces. It also provides good background on the Impressionist movement, in general. 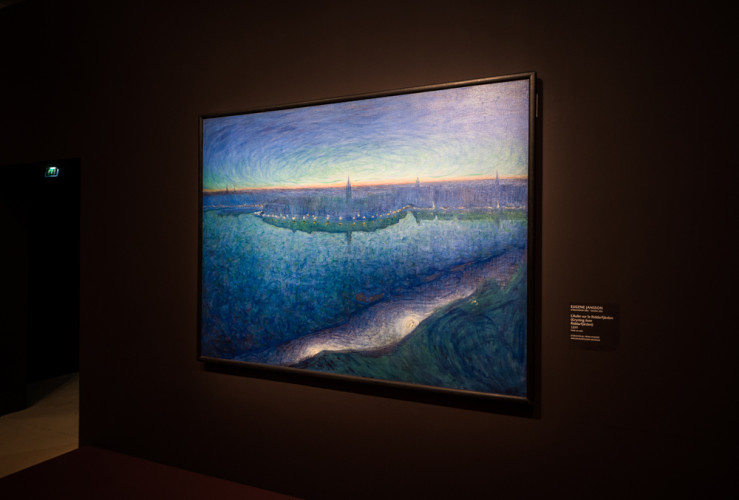 After picking up the audio guide, head immediately for the temporary Special Exhibition. Almost every other tourist who does their homework is going to the fifth floor first, while those who have not done their research while wander around aimlessly on floor zero. No matter when you go to the fifth floor, it’ll be busy. Zig when everyone else zags, and go to the Special Exhibition (which was “The Mystical Landscape: from Monet to Kandinsky” during our visit) to avoid the heavy crowds there later.

Make your next stop the fifth floor. By that point, hopefully some of the opening rush will have subsided, but you should still expect it to be busy. Fortunately, this collection of Impressionist masterpieces is huge, and does a pretty decent job of absorbing crowds.

Make your midday/last stop the second floor, which we found to be nearly empty. This floor contains an eclectic mix of sculptures, decorative arts, Art Nouveau furniture, and more. Some of the organization here is a bit iffy, but it’s interesting, nonetheless.

If you only do the Special Exhibition and the Impressionist galleries on the fifth floor, you could see spend as few as 2 hours in Musée d’Orsay. Personally, I’d recommend allocating at 3-4 hours to experience the museum. It would be quite easy to spend more time at Musée d’Orsay, if you so desired. 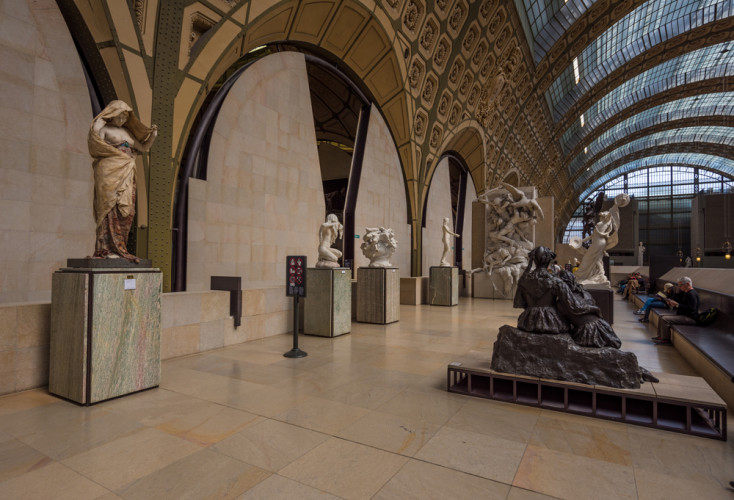 This is particularly the case if you want to listen to everything in the audio guide and visit each of the galleries. If you were so inclined, I don’t think you’d have any difficulty making Musée d’Orsay a full day experience. Most tourists to Paris likely don’t have this type of time, hence the 3-4 hour “compromise.”

I’d also caution against breezing through in an effort to check off “every” museum in Paris. That’s a fool’s errand that is (literally) impossible to accomplish during a single trip to Paris. You could spend a month in Paris and still not be able to cover every museum. The quantity and quality of the art in Paris is actually a bit daunting. 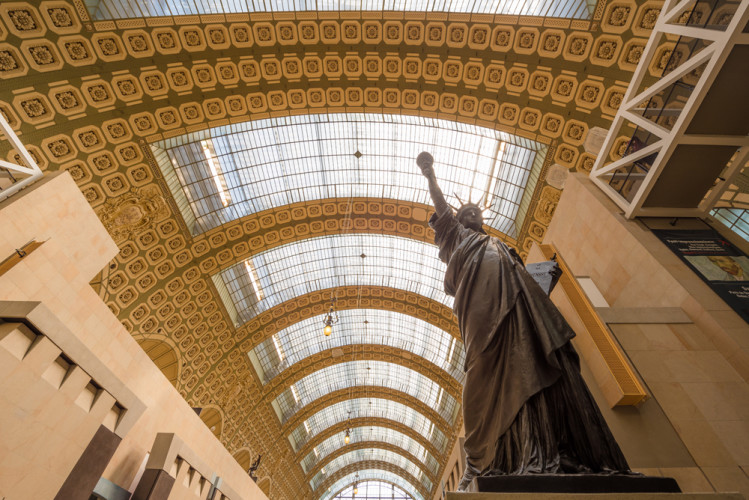 There are several cafes and restaurants in the museum. We did not dine at any of them, so I cannot speak to quality. We prefer eating in street cafes, but the problem with this around the museum is super-touristy, with food to match.

If you walk about 20-30 minutes, you can find excellent cafes, but that’s 30 minutes in the opposite direction of the Louvre. We find it incredibly pleasant to just walk around Paris, but your mileage (and available time) may vary.

Overall, Musée d’Orsay is my favorite museum in Paris from the perspective of appreciating art. Viewed through that prism, I’d put both it and nearby Musee de l’Orangerie ahead of the Louvre. Musée d’Orsay’s status as #1 is due to a mix of it housing several Impressionist masterpieces that I really love, plus its layout. From a perspective of museums as attractions, it’s hard to rank it above the Louvre, which is so iconic and feels more like a mix of Versailles and an art museum than a “pure” museum, anyway. Irrespective of how you approach it, I’d consider Musée d’Orsay one of the top 10, if not top 5, things to do in Paris. It’s an absolute must-do for anyone interested in art.

Planning your own trip to Paris, France? Check out our posts about Paris for more ideas of what to do in the City of Lights. If you’re venturing beyond Paris, you’ll also want to consult our France posts, which cover a variety of places, from Normandy to the Loire Valley. In addition to these posts, I recommend planning with Rick Steves Paris and Rick Steves France guidebooks.

Have you visited Musée d’Orsay? What did you think of it? If you’ve visited some of the other museums in Paris, where would you rank it among those? Any must-see pieces in Musée d’Orsay’s collection? Other tips for making the most of a visit to Musée d’Orsay? Any questions? Reader feedback is really helpful (both to us and future readers), so please share your thoughts or questions in the comments below. Thanks! 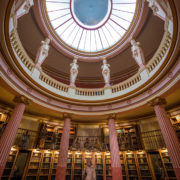 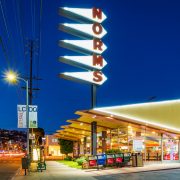 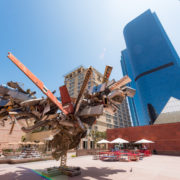 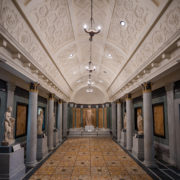