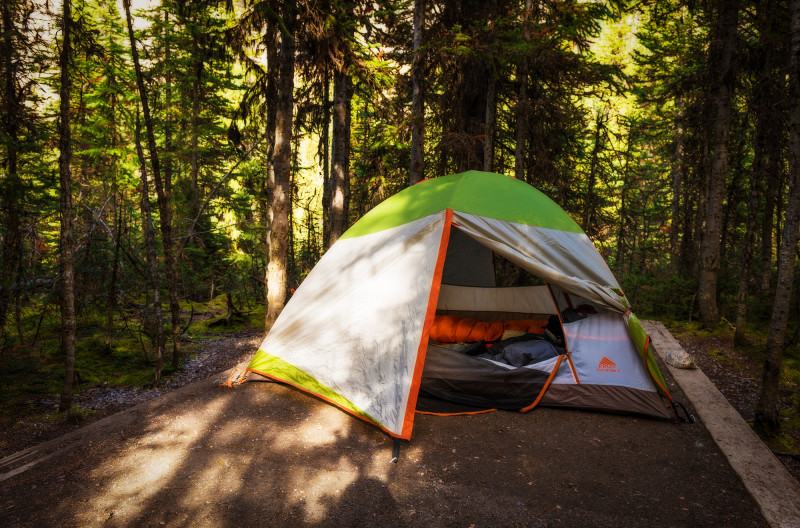 This Yoho National Park Trip Report, or rather the trip to the Canadian Rockies that led to this report, is my latest excuse for lack of posts on this blog. Sorry. You can read Part 1 of this Trip Report here. (Unlike this installment, that one is more than just a wall of text–there are tons of photos from our hike.)

Anyway, last month I headed to the Canadian Rockies with fellow photographers Todd Hurley, Mark Willard, and Bill McIntosh. During that time, we visited Banff, Jasper, and Yoho National Parks. I’ll have trip reports for the other areas in due time, but suffice to say, the trip was amazing, with mostly good weather, stunning vistas, and good times among friends.

If you’ve read other reports on here, you probably know that Bill McIntosh is my partner in crime on a lot of these (mis)adventures (by the way, Bill recently started his own blog, The Resonant Landscape, which you should absolutely check out). His gravitas as a professor validates all of the crazy ideas we have, somehow making them…less crazy(?)

What you don’t know–and what I want to pause to acknowledge as it provides useful background–is the amount of diligence and energy Bill puts into painstakingly researching each place we visit. I’m convinced that I could call Bill up right now and ask him the weather forecast for any National Park in California tomorrow, and he’d know off the top of his head.

His research is meticulous, and without his efforts, I probably wouldn’t even know about a good number of the places I’ve visited in the last year, much less have photos of them in ideal conditions. If Bill ever decides to be a tour guide, sign up for whatever he’s offering. Seriously–I’d follow Bill off of a cliff if he told me that’s where the best photo opportunity was.

It was just before 4 am on our second day at the Lake O’Hara campground, and we were running on only a few hours of sleep after the previous day’s hike out on the Opabin Trail when Bill, Mark, and I set out for Odaray Highline Trail. Bill had convinced us that this would be a beautiful sunrise spot, and make for unique photos since you never see sunrise shots from the Odaray Grandview (there’s a reason for that!).

Not only was it unique because of that, but it was unique that the trail was open at all this time of year. It’s a restricted use trail, only accepting 2-4 groups per day most of the year, and usually none in the fall due to wildlife. For whatever reason, it was still accepting 2 groups during our visit. Jackpot!

We navigated the first stretch of the trail with relative ease, having ample time to make it up to our target location before sunrise. Unfortunately, this “first stretch” was by far the shortest portion of the trail, and the difficulty and strenuousness of the trail escalated rapidly after that. By the time we were even at the start of the Odaray Highline Trail, things were seeming more dicey than we expected.

Then we started up that trail, and things quickly went from bad to worse. Whatever semblance of a trail that there was at the start seemed to vanish, and each time we spotted a trail marker, it was reassuring, as we had no clue whether we were even on a trail. Still, Bill said Grandview was up ahead, so we trusted him and continued on.

Now, highly experienced hikers who have done this sort of thing before might be scoffing at my account, but I wouldn’t describe any of us as “highly experienced.” We are more the “crazed photographers who carry 25 pounds of gear” demo. Plus, I’m betting those highly experienced hikers didn’t do this in the dark with nothing but the faint light of headlamps guiding them over the rocks in strong wind and precipitation (I don’t recall whether it was snow, but I’m going to say it was for the sake of making this seem more treacherous).

Point being, it was no Saturday afternoon stroll, and was the most challenging hike I’ve made. With each passing switchback, we thought we were almost there, only to have more rocks to traverse before reaching the end. It got to a point when sunrise was so quickly approaching that Bill just decided to call it and set up his tripod so as to not miss any light.

Mark and I foolishly continued on, not wanting to stop yards short of the Odaray Grandview. As we continued on, we got to a point where neither of us could remotely discern which way the trail went, and at this point, we both elected to “call it.” I’m pretty crazy when it comes to hiking, but even I have my limits…and apparently this was it. Since neither of us had really researched the Grandview destination, we were thinking there was a reasonable chance we missed it completely and were now just hiking over rocks up the side of a mountain, where only dumb marmots dared to journey.

Since we were basically on a random pile of rocks at this point, we couldn’t very well set up our tripods, so we headed back down the mountain a bit, finding a bit of a clearing. Then we waited.

What originally looked like promising conditions for a strong sunrise seemed to dissipate quickly. Cloud cover was becoming an issue, and it looked like the vibrant blue sky might just quickly fade to grey. It was a stunning view regardless, but I think we all were a bit bummed that we wouldn’t have any good photos to show for it, especially given that we hadn’t seen any sunrise photos from up there, much less fall colors at sunrise.

Still, we snapped away, because…well…what else were we going to do? Then, just before sunrise, a dash of pink appeared near the horizon. We again became giddy as this spread across the sky, and we all began shooting away. Just as quickly as this color appeared, it was gone. Unlike some sunrises that are “slow burns,” getting better and better over long spans of time, the window of opportunity for this one was maybe 2 minutes.

It’s funny…the beautiful light was so short-lived while we were shooting that I almost didn’t give this shot a second thought. It didn’t help that, since I shoot in raw, the file appeared overly blue on both my camera’s LCD screen and in Adobe Bridge when I was reviewing photos after the trip, and didn’t look like anything special. I decided to play with the white balance, and within a few seconds of making tweaks, my eyes went wide.

I haven’t edited many photos from the trip yet, but this is my early favorite, and it’s going to be very difficult to top. I actually have several shots taken that morning that I like, but all are substantially similar because they were all taken inside the same 4 minute window (according to my EXIF data). The only differences are the amount of blue versus pink in the sky, movement of clouds versus lack thereof, and focal length. I’ll definitely edit some others later as the shots are different enough, but I thought I’d start with this fisheye panorama because I think it really showcases the epic nature of the vista before us, and I like the movement of the clouds.

Almost immediately after I snapped this, disappointment set in again, as the sky turned to grey. Eternally optimistic (and probably not wanting that strenuous hike to be all for naught), Bill did not want to pack up and head down. Mark and I implored him to give up, as we had very limited time to get back down the trail before the first bus departed, which we needed to catch in order to hit our time table in order to get to Jasper by sunset.

Bill finally gave in, packing up just as a tease of some more good light appeared. The tease proved to be just that, almost instantly disappearing. From there we raced down the trail, with that Jasper sunset as motivation. We made a wrong turn on the trail that further set us back, and it seemed like we had no shot of making the bus in time.

Around this point, we decided that Bill would give Mark and I the car keys, and the two of us would literally run the rest of the way to have a shot at making the bus in time (in which case we’d take the car to Banff to drop off camping supplies we had rented before coming back to pick up Bill).

We made it back to the camp with a few minutes to spare before the bus was scheduled to arrive, tore down our tents, and packed our backpacks in record time. Bill and the bus arrived at almost exactly the same time, and we put the supplies on the bus, and collapsed on it, ready to continue our adventures in Jasper National Park…

This photo was taken by me with my Nikon D810 and Rokinon 12mm Fisheye Lens. For photo licensing inquires, please contact me.

Do you think this photo and view would justify the strenuous hike? Think we are crazy for daring to journey where only dumb marmots go? Ever been to Yoho National Park? Have any questions or other thoughts? Please share below in the comments!

Hike Report: Half Dome's Diving Board in Yosemite 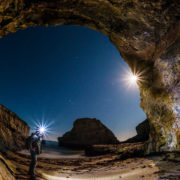 Including People in Landscape Photography 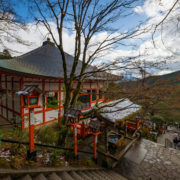 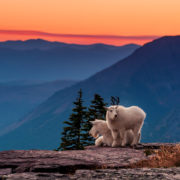 My 10 Favorite Photos of the Year
6 replies